Today is the anniversary of Lizzie Siddal and Sylvia Plath’s deaths. Both women committed suicide but the end of their lives does not define them. Both left an incredible legacy of art. They differed in their contribution to that art.

Lizzie was a muse, discovered by the artist Walter Deverell, whilst she was working in a milliners. She subsequently sat for many of the Pre-Raphelite artists and had a long term relationship with Dante Gabriel Rossetti. He encouraged her to write and paint but she is remebered as a muse, a tragic woman who was addicted to laudenum and took her own life. The relationship with Rossetti was intense and had to endure his infidelity, the loss of their newborn child and Lizzie’s addiction. Her poems were never published during her lifetime. Here is one I am very fond of:

O silent wood, I enter thee
With a heart so full of misery
For all the voices from the trees
And the ferns that cling about my knees.

In thy darkest shadow let me sit
When the grey owls about thee flit;
There will I ask of thee a boon,
That I may not faint or die or swoon.

Gazing through the gloom like one
Whose life and hopes are also done,
Frozen like a thing of stone
I sit in thy shadow but not alone.

Can God bring back the day when we two stood
Beneath the clinging trees in that dark wood? 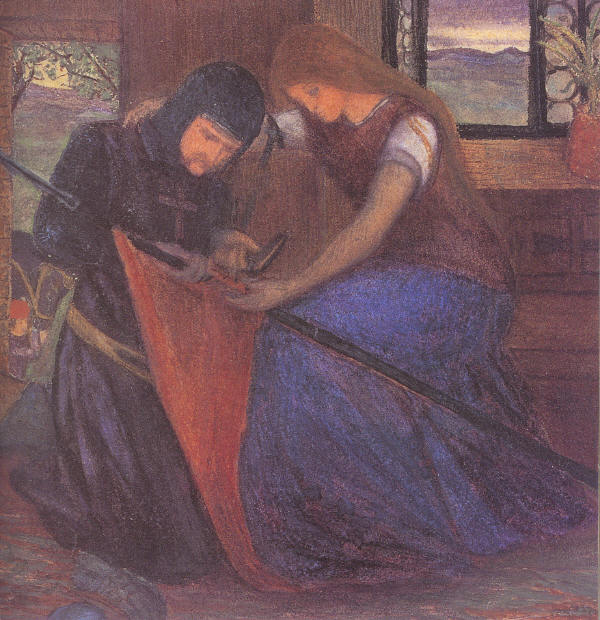 Similar to Lizzie, Sylvia Plath also had a long term relationship and marriage with another artist, the poet Ted Hughes. She also suffered a stillbirth and his infidelity. However, Sylvia lived in a different age and was able to strive for a different destiny to Lizzie.

Sylvia didn’t want to be a silent muse, she wanted to be the one writing and was able to pursue that ambition. However, for a woman living with a poet she also had to be his inspiration with the heavy weight of that expectation: be desirable, inspire passion, be beautiful. It was an intense relationship, well documented, both motivating and difficult. Although she was supported by Ted, he always believed in her ‘genius’ and she his, Sylvia constantly had to be a good wife and mother; run the household and raise the children. This pull between two opposing expectations and desires infiltrates her writing, journals and letters. Graves, who influenced both Ted and Sylvia, found the roles imcompatible. In her poem the Moon and the Yew Tree she seems to define those two creative forces, between the feminine moon and masculine tree, and the unhappiness it created. It is a poem saturated in meaning and open to interpretation but I feel the problem of being both writer and muse is discussed:

The moon is no door. It is a face in its own right,
White as a knuckle and terribly upset.

I interpret these lines as saying: I am no doorway to your inspiration, I have my own identity and story.

The yew tree points up, it has a Gothic shape.
The eyes lift after it and find the moon.

The phallic tree representing masculinity but above it, always, the moon is rising.

The moon sees nothing of this. She is bald and wild.
And the message of the yew tree is blackness – blackness and silence.

Unleashing the creativity, the female is aggresive and following her own path; the male response to this is silence.

Below, Ted as Sylvia’s muse.

It's not the FINAL draft (got one or two more poems to write, then serious edits) but it's a huge step closer to being finished... my PhD Symbolist poetry collection about #tarot artist Pixie Smith #pamelacolmansmith I'm so exhausted/joyful #PhD
#wintersunset
Happy to see the sun 🍂🍃☀️
Just the woods.
Escape to the woods for an hour. Very muddy. Sun is beautiful though.
%d bloggers like this: