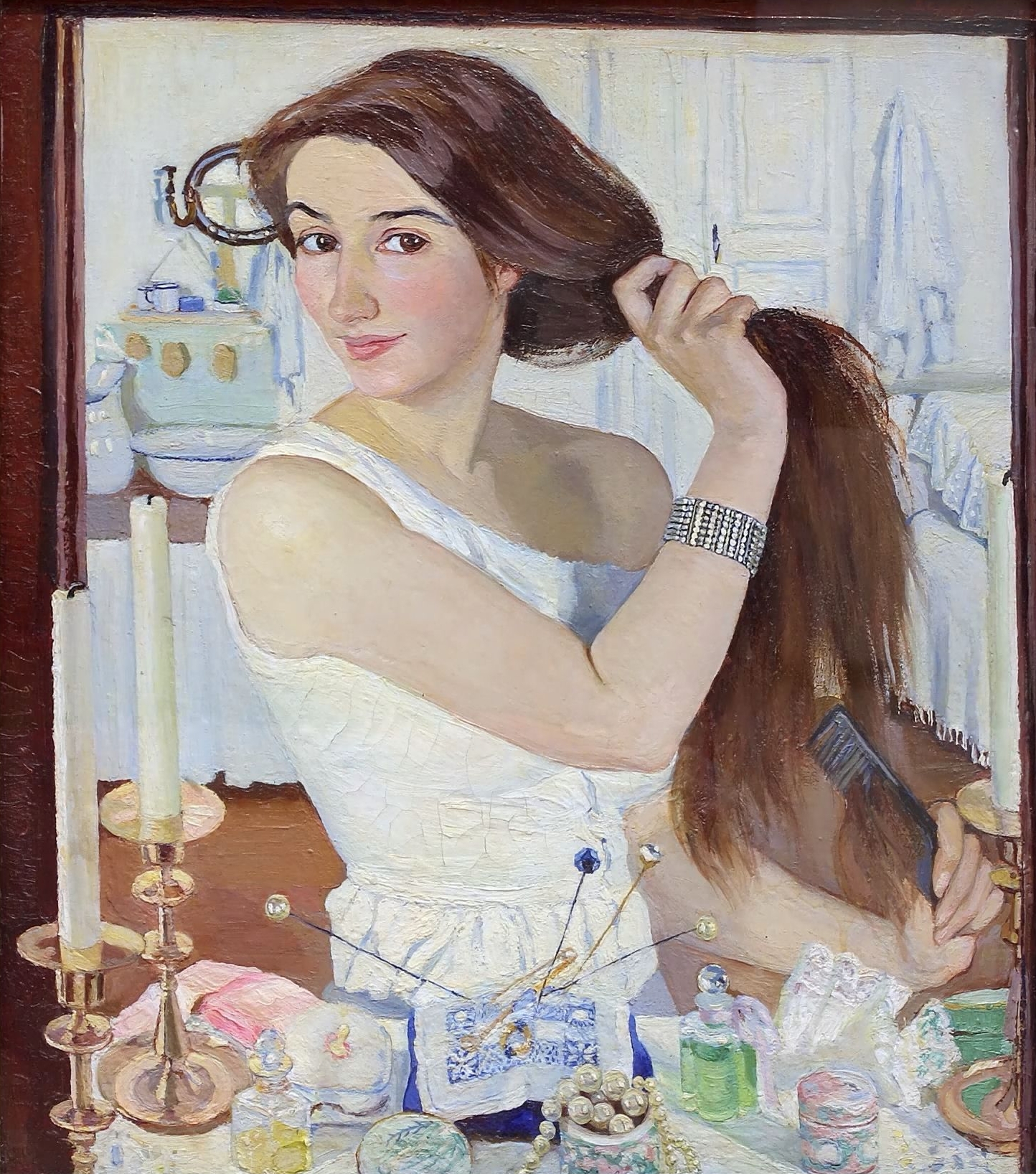 Zinaida Yevgenyevna Serebriakova ‘At the Dressing Table’ 1909  One of the inspirations for the poem ‘Rose Red’ in I, Ursula

‘Overall “I, Ursula” is a chilling, memorable exploration of the darker side of the muse. She is stalked, hunted, desired and formed in other’s image, a body on which to project desires. Rarely does she get her own voice but here she contemplates the power dynamics in relationships and how she is used to create art, often to her own detriment. Despite the projection of delicacy and fragility, she has to remain strong with a will to survive. Ruth Stacey has created a powerful collection.’

The other painting by  Serebriakova  that gave me the character for ‘Rose Red’, Portrait of Olga Lanceray, 1910

Arthur Rackham’s picture Rose Red that first started the poem in my mind.

Ladybird version of the Bear Prince